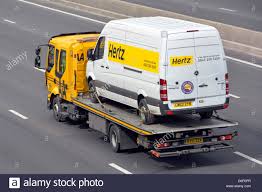 Trading in Hertz shares has been rallying beyond what many had even hoped not to mention expected this week. The value of the share in Hertz has increased so much that it was greater than the value of the losses that Hertz declared at the the time of their bankruptcy.
As the signs indicate a return of travellers and holidaymakers in time for the summer season so as not be a complete loss. The incredible recovery began last week with shares up nearly 575% in 3 days of trading and approximately 800% since Friday the 26th of May 2020 when the stock dropped to its lowest ever recorded value of 56 cents.
The stock now valued at approximately $5.53 must surely be of the things legends are made of or at least a first for the rental industry climbing out of a pandemic and bankruptcy to increase by more or less $5.00 in 3 short days.
This is not the first time at least parts of Hertz have cut off limbs to save the body of a critically ill patient that is the core company.  Dollar Thrifty suffered similar losses in 2008 nearly falling and laying off hundreds, recovery came in the form of Scott Thompson and one of the most momentous of recoveries the rental industry had ever seen took place over the next 4 years ending in the purchase of the company by Hertz.
It’s been an incredible ride for the Dollar and Thrifty licensees that have been through these amazing ups and downs in just 12 short years.  So there seems to be hope for Hertz yet and an industry that will have mixed emotions but at least feeling a certain sense of relief at this stock rally.