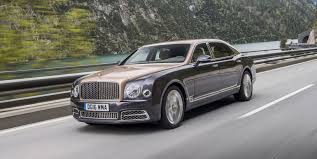 This week saw the end of an era in luxury motoring, after 62 years and 36,000 units produced Bentley have ceased the production of their V8 6.8Litre L-series engine used to power the famous Bentley Mulsanne.
Our fast changing world has seen many steep changes in 2020, it is true we live in a completely different world than we did only 6 months ago. (Remember when the biggest thing on the news was Brexit?) Our changing lifestyles is hailing in greener ways like never before and governments are welcoming the opportunity to bring in greener rules that now have less opposition.  The Euro7 emissions standards are one reason for this iconic motor to be taken out of production.
The engine was built in Crewe and has been a flagship engine for both Bentley and Rolls Royce since 1959 with Bentley claiming it has a 180 horsepower output.